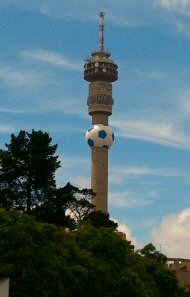 DVB-S2X is an extension of the DVB-S2 specification that provides additional technologies and features. DVB-S2X has been published as ETSI EN 302 307 part 2, with DVB-S2 being part 1. S2X offers improved performance and features for the core applications of DVB-S2, including Direct to Home (DTH), contribution, VSAT and DSNG. The specification also provides an extended operational range to cover emerging markets such as mobile application.

DVB-S2 (EN302 307) is a digital satellite transmission system developed by the DVB Project. It makes use of the latest modulation and coding techniques to deliver performance that approaches the theorectical limit for such systems.DVB-S2 will gradually replace DVB-S in the future, as new HD services entice users to upgrade their receivers to more efficient DVB-S2 models. DVB-S2 takes advantage of advanced techniques for channel coding, modulation and error correction to create a system that would make a range of new services commercially viable for the first time eg when combined with the latest video compression technology, DVB-S2 would enable the widespread commercial launch of HDTV services.

What is DVB-T2? DVB-T2 is the world’s most advanced digital terrestrial television (DTT) system, offering more robustness, flexibility and at least 50% more efficiency than any other DTT system. It supports SD, HD, mobile TV, or any combination thereof.

DVB-T is an abbreviation for Digital Video Brodcasting Terrestrial

DVB-T is a technical standard, developed by the DVB Project, that specifies the framing structure, channel coding and modulation for digital terrestrial television (DTT) broadcasting. The first version of the standard was published in March 1997 and in the twelve years since then it has become the most widely adopted DTT system in the world. It is a flexible system that allows networks to be designed for the delivery of a wide range of services, from HDTV to multichannel SDTV, fixed, portable, mobile, and even handheld reception. The DVB Project has now created a next generation terrestrial specification, DVB-T2, designed to meet the needs of countries after they have completed Analogue Switch-Off (ASO).